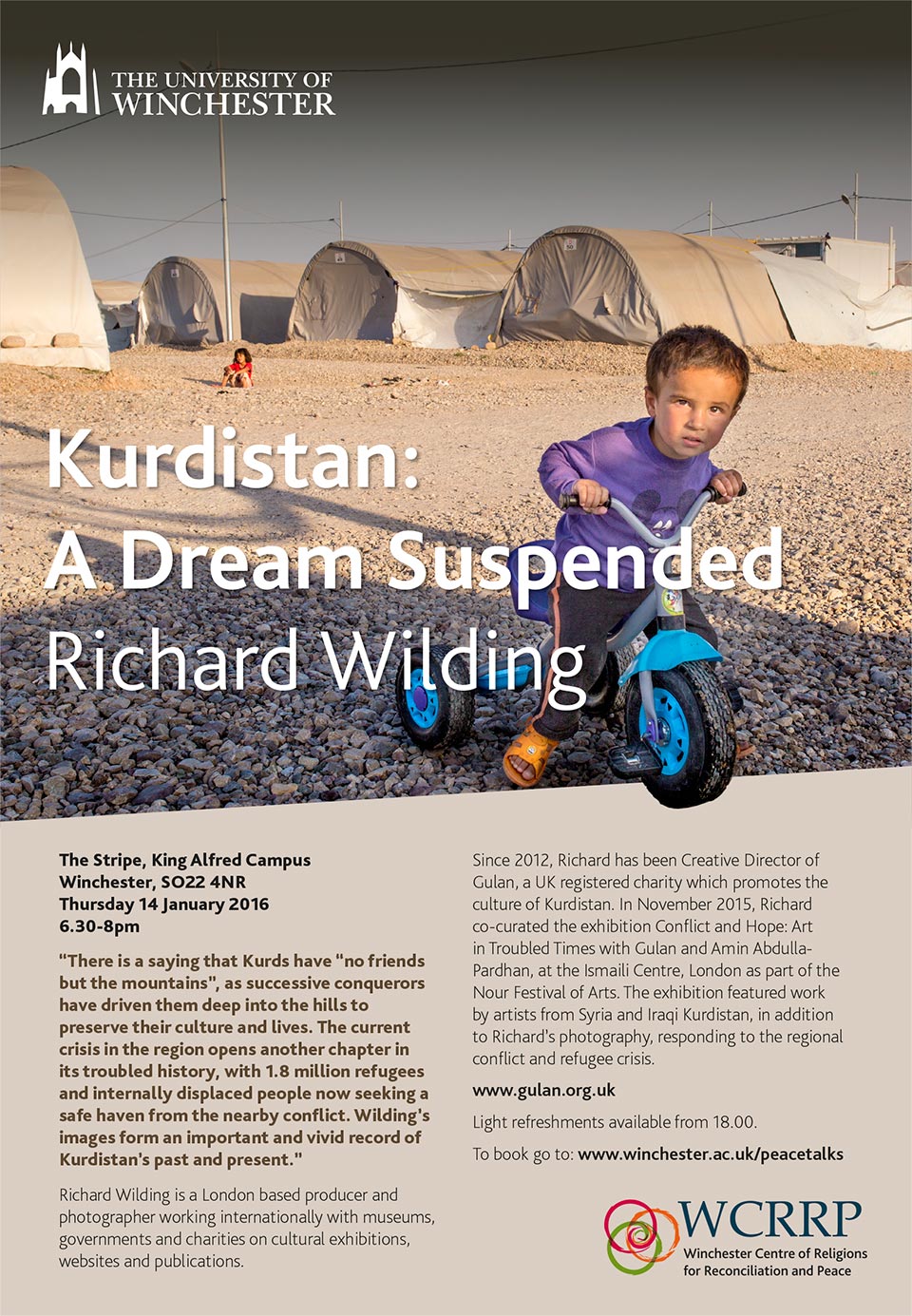 A lecture by Richard Wilding as part of the series ‘Talking Peace: A Forum for Exploring Conflict’

Centre of Religion Reconciliation and Peace, The University of Winchester

“There is a saying that Kurds have “no friends but the mountains”, as successive conquerors have driven them deep into the hills to preserve their culture and lives. The current crisis in the region opens another chapter in its troubled history, with 1.8 million refugees and internally displaced people now seeking a safe haven from the nearby conflict. Richard Wilding’s images form an important and vivid record of Kurdistan’s past and present.”