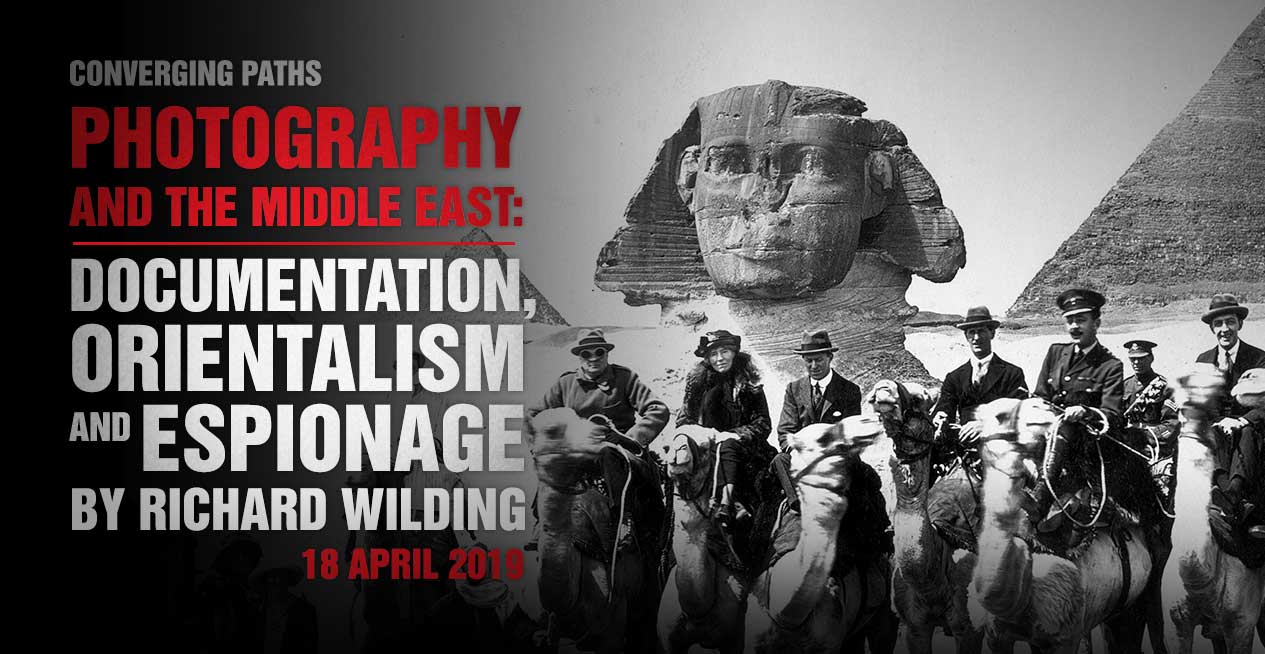 Talk: Photography and the Middle East:
Documentation, Orientalism and Espionage

Organised by the Barakat Trust and Asia House Arts & Learning

Richard Wilding, co-curator of the exhibition ‘Departures’, is a photographer, film-maker and writer specialising in the documentation of heritage and cultural identity in the Middle East. In this illustrated talk he contrasts the objectives and legacy of historical photographers with his own contemporary work in the region.

During the nineteenth century, exciting new archaeological discoveries in Egypt and Mesopotamia generated great enthusiasm in Europe for images and written accounts of the Orient. Following the invention of photography in 1839, the Middle East was the first region outside of Europe and the USA subjected to detailed photographic surveys of landscape, architecture and people.

Enterprising studio photographers such as Félix and Lydie Bonfils followed the traditions of Orientalist painting, creating staged and often highly exaggerated depictions of costume and lifestyles to satisfy European appetites for the exotic. Other photographers such as K.A.C. Creswell and Anthony Kersting documented the Middle East’s architecture and heritage in more factual and respectful surveys. Feted travellers such as Gertrude Bell, T.E Lawrence and Max von Oppenheim combined photography with a passion for archaeological discovery and covert diplomatic service for their respective countries.

Despite their varied styles and motives, these early photographers left a rich visual legacy, now held in institutions and private collections. Several large scale digitisation projects will make these images available for academic research, restoration teams and interested members of the public.

In his own work, Richard Wilding follows in the footsteps of these historical photographers, re-examining the original locations, subjects and objectives from a contemporary perspective. This also reveals the tragic loss of heritage and diversity to twentieth and twenty-first century modernity, sectarianism, war and displacement.

After his presentation, Richard Wilding is joined by a panel of specialists in historical photography and heritage documentation to answer questions and participate in a lively debate with the audience.

Richard Wilding is a London based photographer and filmmaker specialising in the documentation of cultural identity, heritage, archaeology and costume in the Middle East. Richard’s photography has been exhibited at the Houses of Parliament, Courtauld Institute of Art and University of Exeter in the UK and in Erbil and Sulaymaniyah in the Kurdistan region of Iraq. He has coordinated exhibitions of historical photography in Jeddah and Madinah, Saudi Arabia.

Since 2012, Richard has been Creative Director of Gulan, a UK registered charity which promotes the culture of Kurdistan. He is a trustee of the Mansoojat Foundation, a charity formed to preserve and document the traditional costumes of Saudi Arabia. He has produced films about the Mansoojat costume collection and recently completed a book with Mansoojat about the costumes and heritage of Saudi Arabia, due for publication in 2019.

Richard is currently working with Omniya Abdel Barr and the Egyptian Heritage Rescue Foundation on a project to film the conservation of medieval minbars in Cairo, using modern 3D printing technology to replicate fragments dispersed in museum collections and reinstate them in their original locations.

Omniya Abdel Barr is an architect based in Cairo and London, specialising in cultural heritage conservation and documentation. Her work focuses on Islamic architecture in Egypt. She holds a PhD on Mamluk History from Provence University, Aix-Marseille, France (2015), an MSc in Conservation from the Raymond Lemaire Center at KUL, Leuven, Belgium (2004) and a BSc in Architecture from the Faculty of Fine Arts, Helwan University, Egypt (2000).

Omniya is currently the Barakat Trust Fellow at the Victoria and Albert Museum, leading the digitisation of K.A.C. Creswell’s archive in collaboration with the American University in Cairo, the Ashmolean Museum, Oxford and Harvard University. She is also the Project Manager of Rescuing the Mamluk Minbars of Cairo, a project funded by the British Council’s Cultural Protection Fund in partnership with DCMS and implemented by the Egyptian Heritage Rescue Foundation.

Augustus Lersten was born in London, and educated at St. Paul’s School and at University College London where he read Ancient History. Following time spent as a researcher at the Library of Alexandria in Egypt, as part of an international archaeological excavations team in Turkey, and as a student of Arabic in Syria, he commenced graduate research (MSt) in the field of Islamic Art & Archaeology at the University of Oxford.

Upon completion of his Masters degree, Augustus joined the British Royal Marines, where, following his initial training in Lymsptone, he trained as a Dari linguist in Tajikistan, and deployed on operations to the Middle East as part of the UK’s ongoing military intervention against DAESH (ISIS) for which he was awarded a Queen’s Commendation. Since then, having completed his military service, he has worked as an adviser to the FCO in Amman and Istanbul, and for the UK Stabilisation Unit in Oman.

In 2018, Augustus received a grant from The Barakat Trust to manage a visual cultural heritage project, which enabled local Syrian filmmakers and heritage professionals to produce a documentary on Damascene houses.

Sueraya Shaheen, born in Beirut to Syrian parents, is a photographer now based in Dubai. She is Photography Editor of Tribe magazine, which she co-founded in 2015 as the first magazine to focus exclusively on contemporary photography from the Arab world.

Sueraya has spent the past ten years building an archive of portraits of artists from the MENA region, which have been featured in Arab Photography Now (2011) by Rose Issa and Michket Krifa and Summer Autumn Winter and Spring: Conversations with Artists from the Arab World (2015) by Sam Bardaouil and Till Fellrath.

Organised by The Barakat Trust and Asia House Arts & Learning, in cooperation with The Courtauld Institute of Art and Newcastle University. 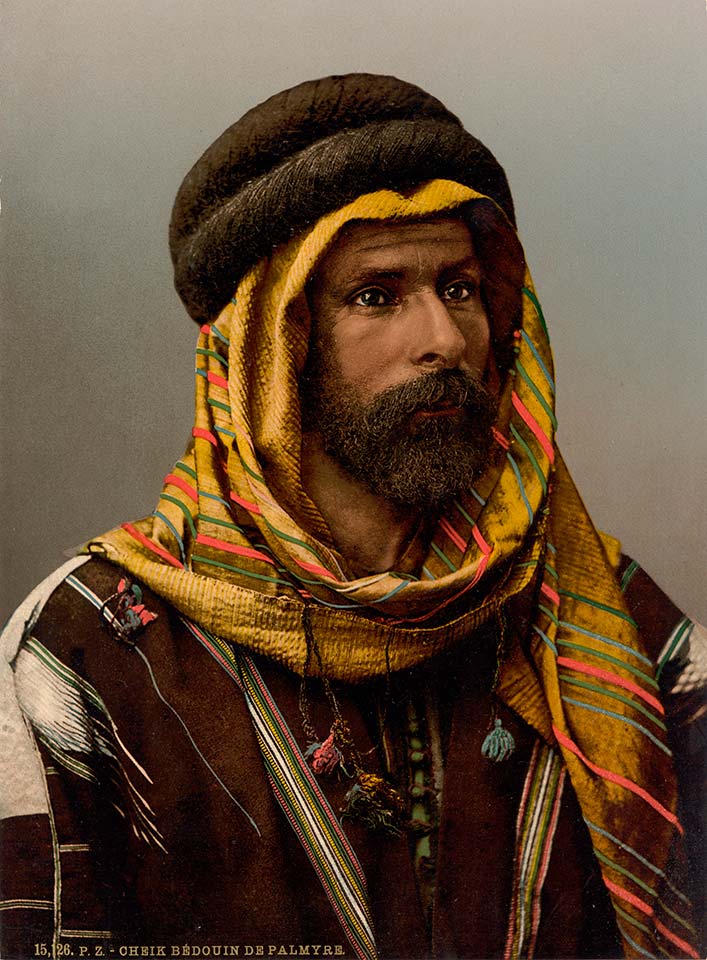 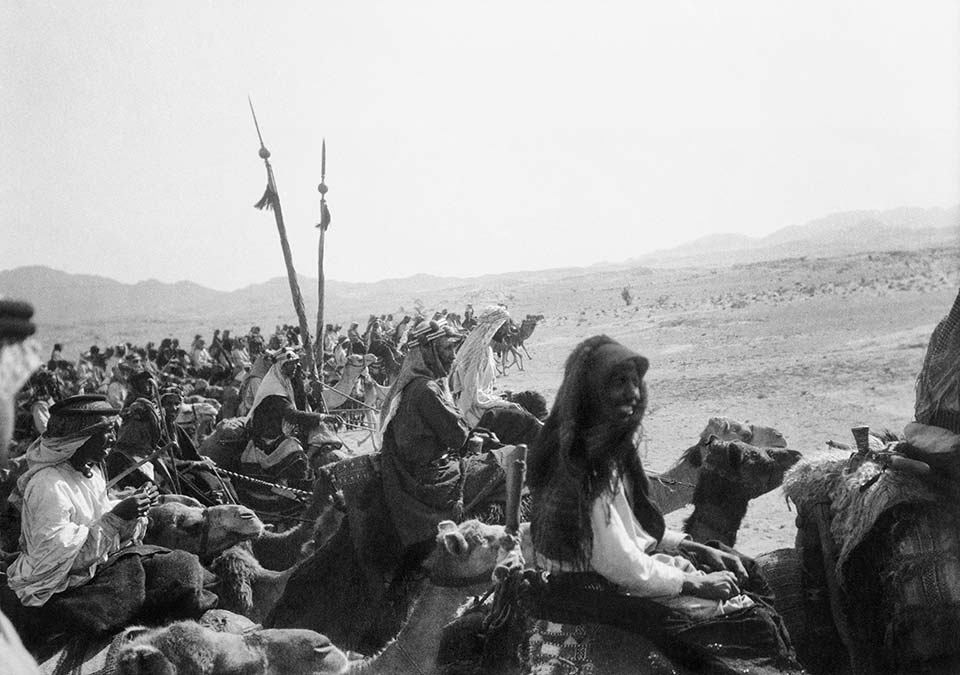 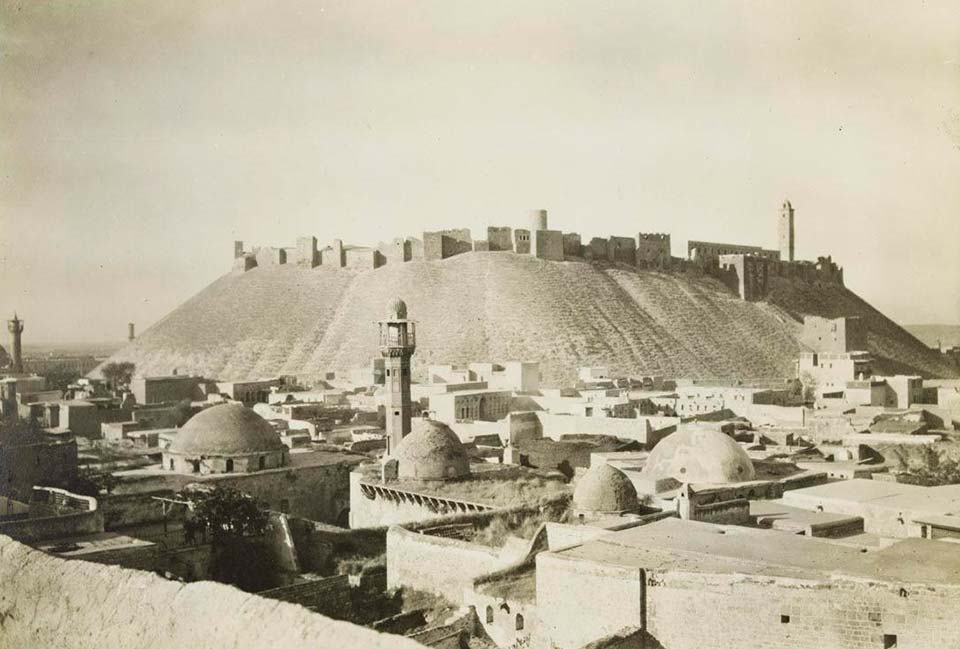 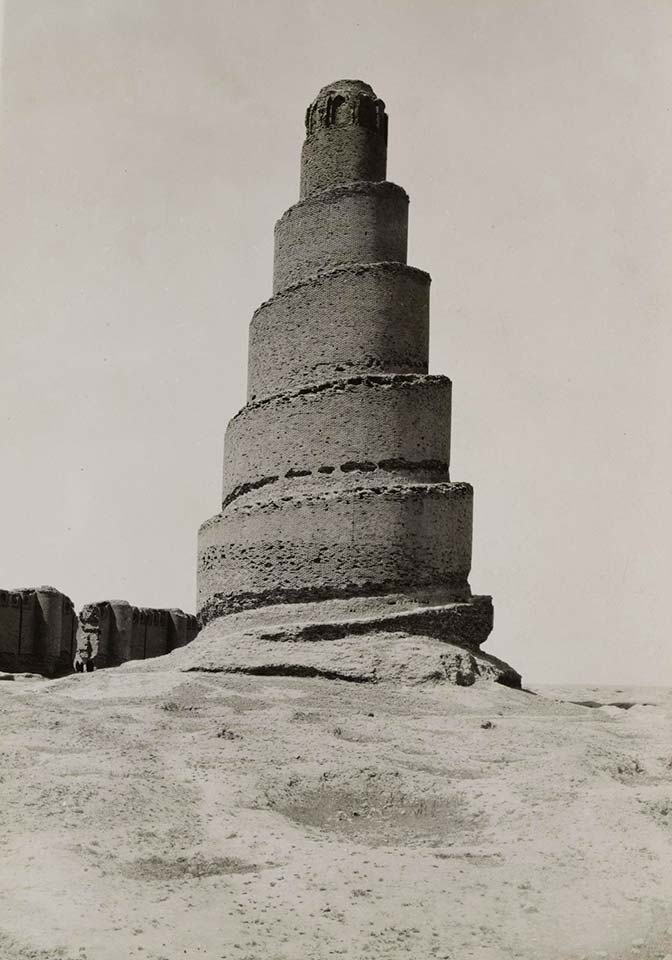 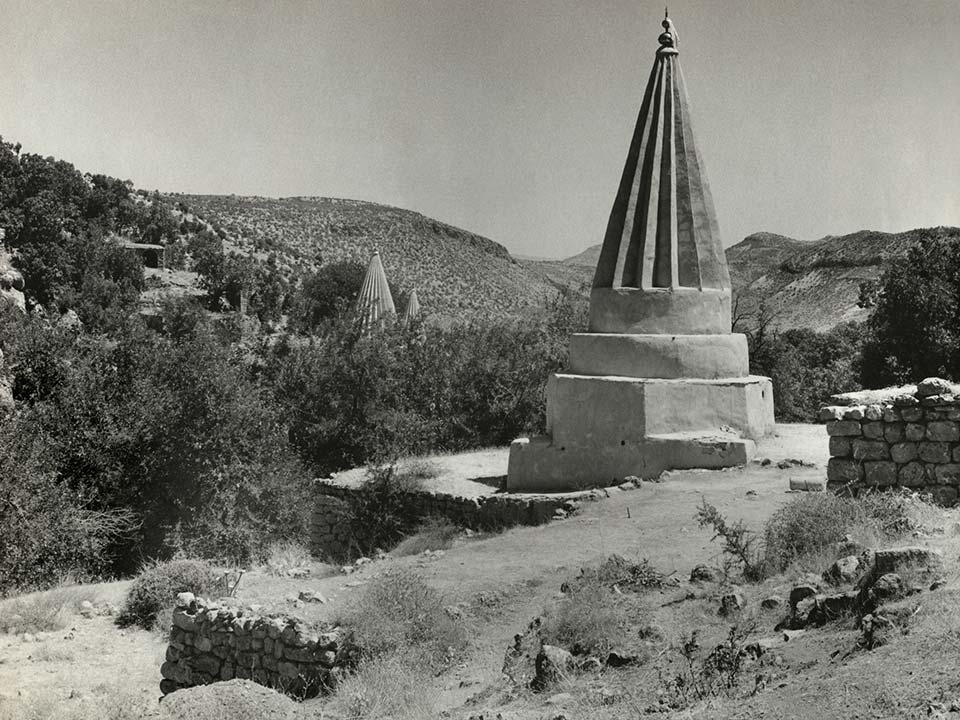 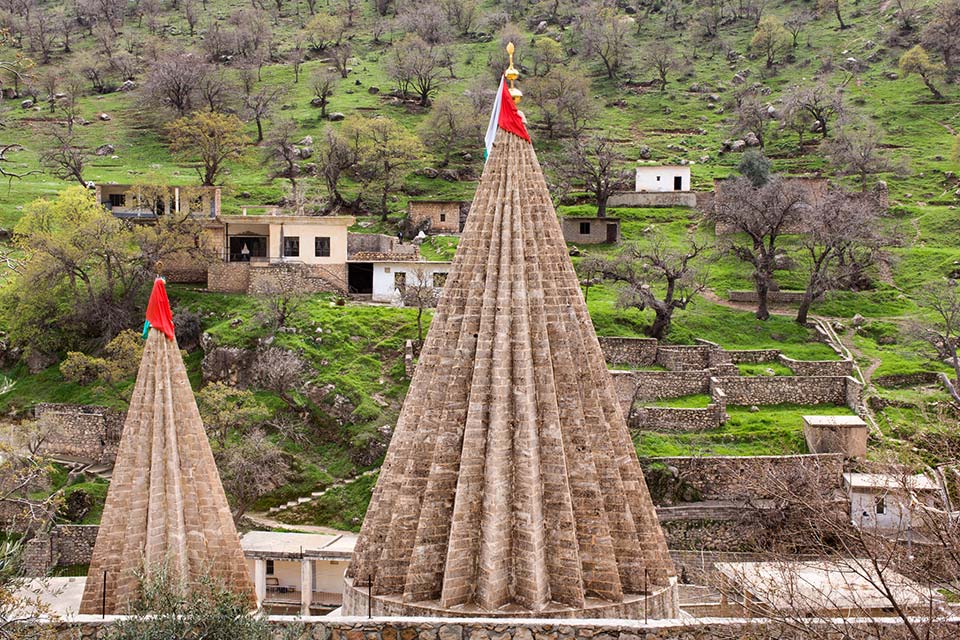 Talk: Return to Assyria: A Photographic Journey by Richard Wilding